Conoship International has been nominated with it’s eConowind-unit for the Maritime Innovation Award.  We are very proud of this nomination and also would like to congratulate Econowind B.V. who has a great part in the development of this innovation in wind assisted ship propulsion.

The eConowind-unit is an innovative autonomous unit for wind-assisted ship propulsion with two foldable ‘VentiFoils’, easy to fit on a variety of vessels. The eConowind-unit is based on a 40 ft sea container and can quickly be placed and removed. The VentiFoil is a wing shaped element using modern innovations in aerodynamics creating high thrust force relative to its size. Smart boundary layer-suction is integrated in the wing, multiplying the thrustforce of the VentiFoil. In addition in heavy weather conditions the Ventifoils can be easily folded in and stored in the container.

The eConowind-unit is fully autonomous: with favourable wind the VentiFoils unfold automatically and adjust itself to the most optimal position to generate the most thrust power. Maintaining the same speed, fuel consumption and CO2 output can be reduced up to 10-20% depending on sailing area, speed and vessels size. 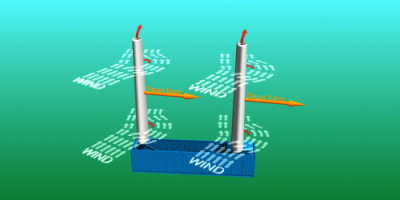 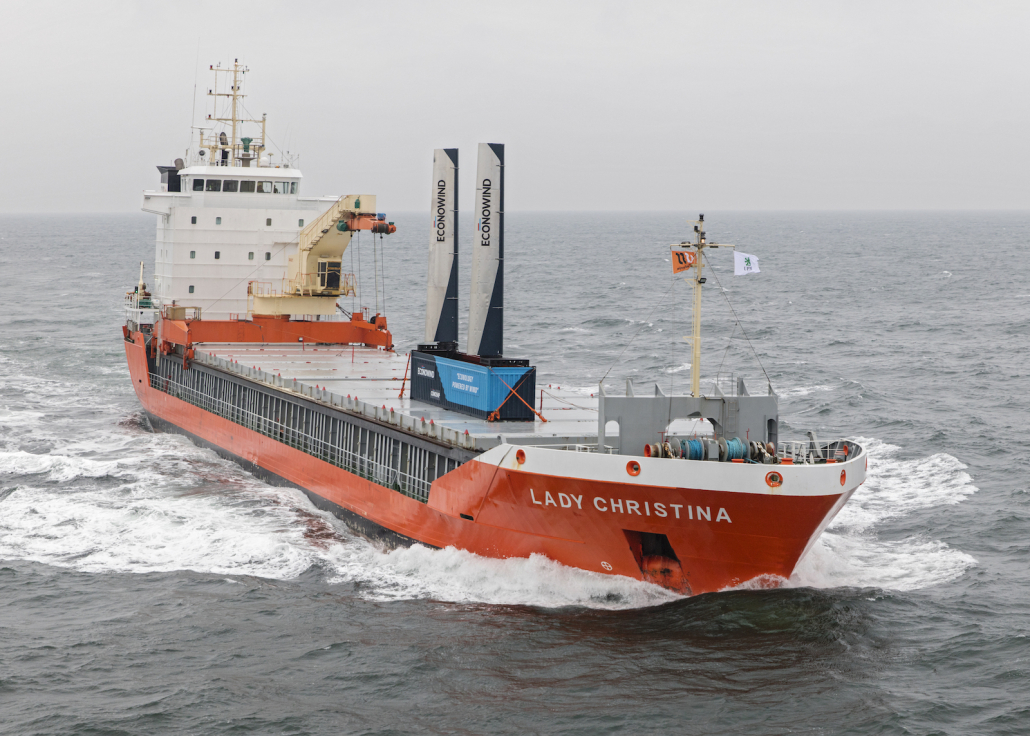