Timeline
You are here: Home / Timeline Stories / A large demand for supply ships

In the 1960s there was a large demand for supply ships and tugs, to support the growing offshore industry. The Dutch Smit-Lloyd became a major player in that market in 1964 with ships of its own design. The so-called supply ship, in ship terms ‘supplier’, looked like a tugboat, but had the function of supplying drilling rigs and providing them with crew members.

The ships were characterized by a high head, detached chimneys placed to the rear so that there was a good view out of the wheelhouse while maneuvering near drilling rigs. The rear deck also presented itself differently. They were flat back decks to carry as much cargo as possible in the form of containers.

At record speed, the suppliers came off the Dutch shipways. Wherever you went or looked at that time, you saw the Smit-Lloyd ships. Not only in the waters but also on a regular base in the periodical newsletters of Conoship. For several series, Conoship provided the design and engineering, also for the first of a series of four vessels, the Smit-Lloyd 72. 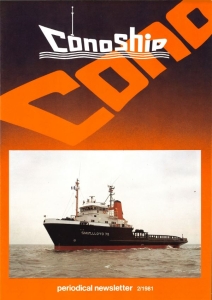 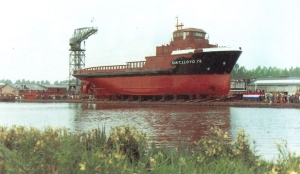 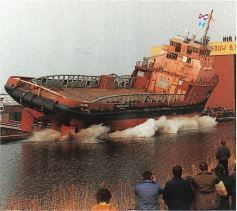 The working area of the supply vessels was soon extended from the North Sea to other parts of the world to South America and Australia. In the U.S.A. and ‘down-under’ new suppliers were even built by order of Smit-Lloyd of exactly the same type as they had built in the Netherlands. The naming of the ships was simple: Smit-Lloyd 1, Smit-Lloyd 2, Smit-Lloyd 3, etc. Contracts were concluded for these ships even before they were properly finished. Although the number of suppliers was initially set at a maximum of seven, the shipping company continued to build as long as there appeared to be employed for the ships.

As the market began to become overcrowded and little work remained, certainly on the North Sea, the entire company was sold to the American Seacor in 1996. The former Smit-Lloyd suppliers of the second generation were multi-purpose ships. Because of this, a considerable number of these ships are still sailing the world seas.

Read more about the particulars of the Smit-Lloyd 72.

Formalizing the organization
Scroll to top