Out of Centraalstaal the successful Central Industry Group – CIG – was created through expansion and broadening of activities. However, their fifth year was tough due to the world wide recession as can be read in the annual report:

“1982 was our fifth year of operation. The world economic situation has changed greatly in this period. Since mid 1982 the economy has weakened and this situation has not changed.  The poor order position for shipbuilding has been felt worldwide, and not only in Europe. In Japan, for example, the order book fell from about 10 million tons in 1981 tot 4.8 million tons in 1982; however Japan still has more than 50 percent of the world’s shipping orders. Korea, with low wages and government subsidies, can build ships for about 35 percent less that Japan or Western Europe. As a result it has risen from the 70th place in world shipbuilding to 2nd place in ten years. It is our policy to improve the quality of the order book through our joint approach to the highly-competitive market.” 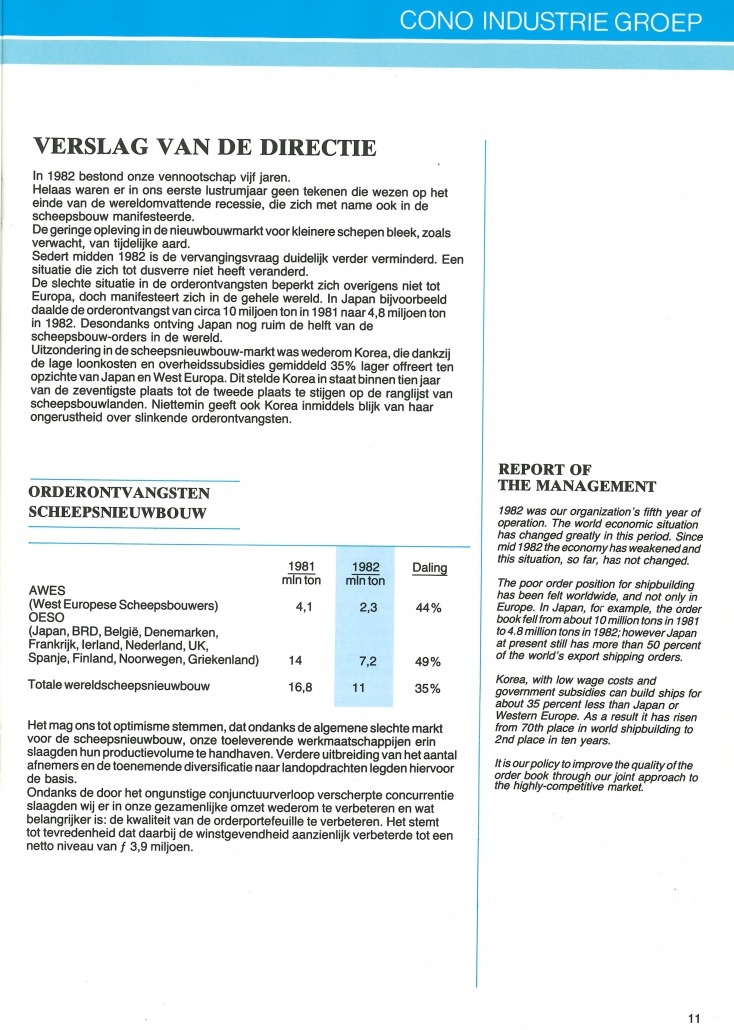 Success in series
Scroll to top