Timeline
You are here: Home / Timeline Stories / Conoship is founded

The exact date (or even year) of establishment is actually unclear; various documents mention different dates. In the Conoship Bulletin of October 1977 the year 1952 is considered to be the ‘year of establishment’.

It reads as follows:

“The oldest record we can find of Conoship in the making dates from 2 September 1953 when nine directors of shipyards met in “de Faun” in Groningen, on the initiative of Mr T. Barkmeijer in Hoogkerk, to jointly process an application for one hundred coasters (which later turned out to be only 20) on behalf of Indonesia, which became independent only a few years ago.
However, it is a fact that already a year before, support was sought and partly obtained from and by the shipyards belonging to the Shipbuilding Association “Hoogezand” but which were not members of the “Noordergroep”, to deal with important requests and/or export orders in a co-operative manner. That is why we can trace the initial activities of what was later to become Conoship back to the autumn of 1952, i.e. 25 years ago now.” 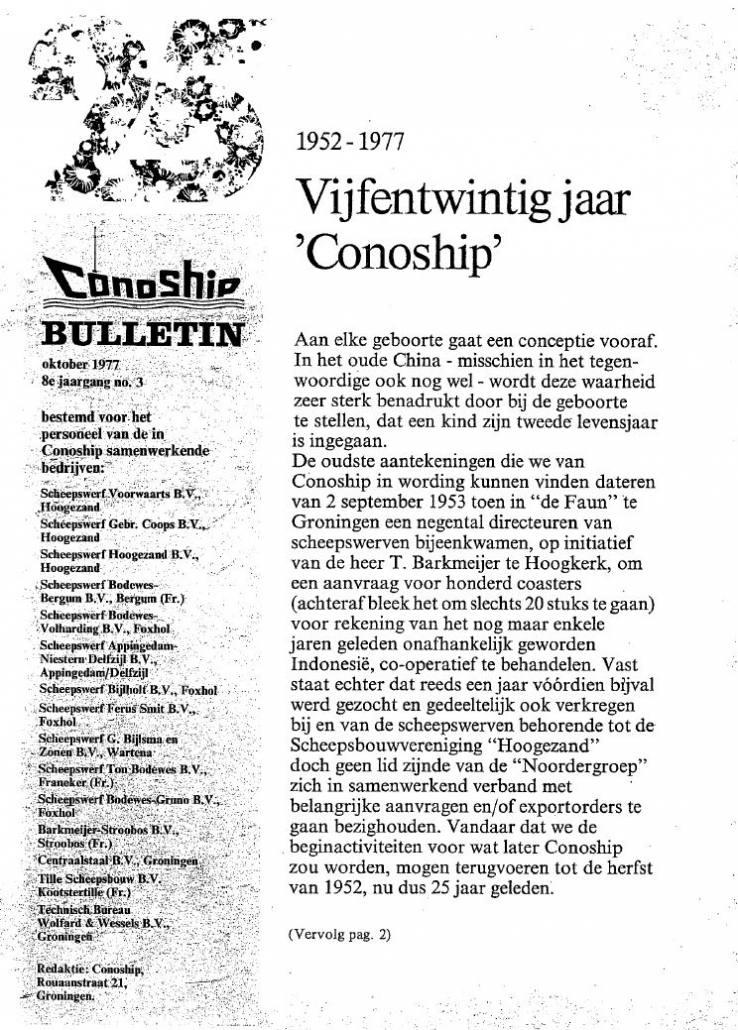