The SMIT-LLOYD 72, launched in 1981, is the first of a series of four vessels for owner Smit-Lloyds B.V. from Rotterdam, Netherlands.

The vessel has been constructed as an anchor-handling tug/supply vessel under class A.B.S. + A1 (E) ACCU Ocean Going Supply Vessel and according to the regulations of the Dutch Shipping Inspectorate. With an engine output of 2 x 3000 H.P. the free running speed is about 13,7 knots whereas during trials a static bollard pull of 77 ton was achieved.

Deck equipment and cargo capacities
For the anchorhandling operations the vessel is equipped with an electrically driven anchorhandling-towing winch in a seperate winch room with a pulling force of 70 ton and a pull at stall of 150 ton.
Two chain lockers for rig chains and a special rope store with wirereel are fitted.
The unobstructed cargodeck, 29.40 x 10.50 + 3.50 x 8.40 m, is suitable for a deckload of 5 ton/m² and a total capacity of 620 ton.
The pneumatic bulk system consists of 6 vertical pressure tanks with a total capacity of 6300 cb.ft. for barite and cement.
Tank capacities are: drilling water/waterballast 686 m³, fresh water 214 m³ and fuel oil 494 m³.

Read our heritage article about the Smit-Lloyd supply ships. 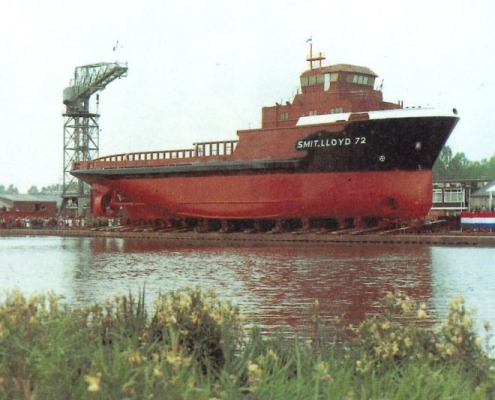 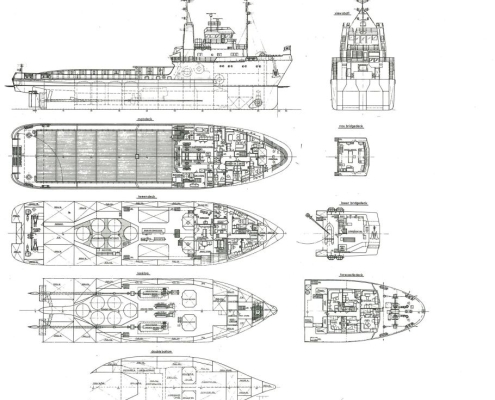 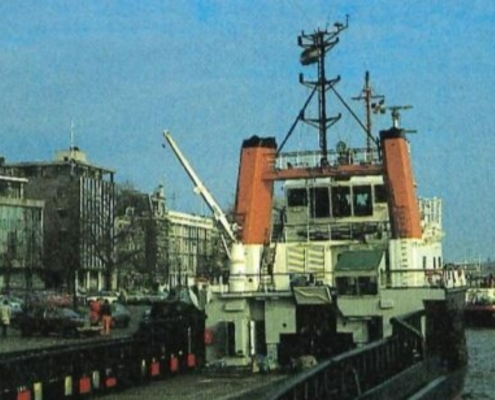 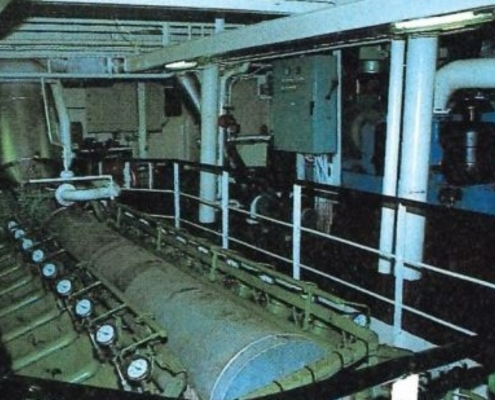 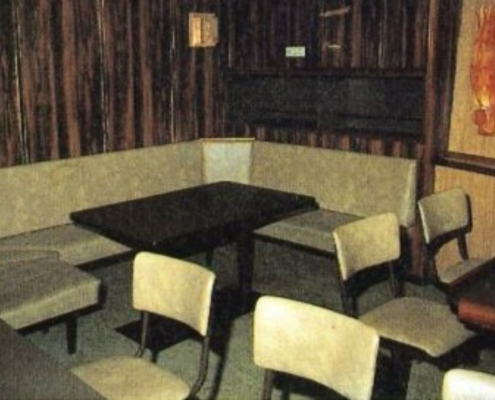 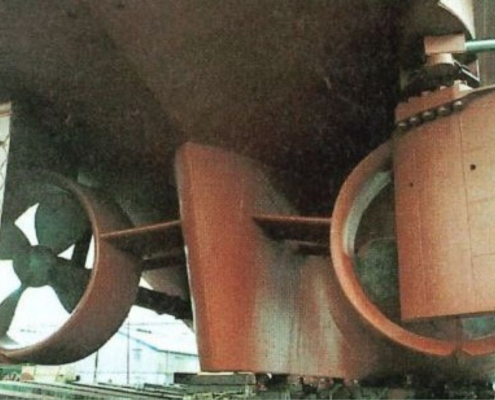 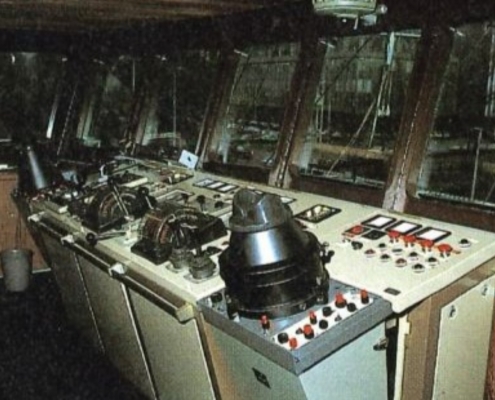 All images courtesy of Smit-Lloyd or Conoship International.